In our second installment on summer jobs, 2L students share accounts of their work in environmental law, maritime law and college sports compliance. 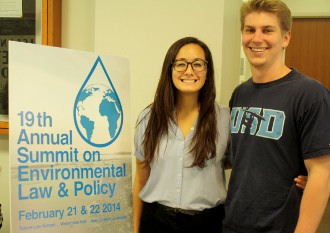 Jae Sung Shrader, pictured with Kevin Koskovich (both L ’16) at Tulane’s Summit on Environmental Law & Policy, worked on the largest environmental settlement in history at the EPA.

The parties announced the settlement in April, and the EPA created a multistate environmental response trust to manage the funds, Shrader said. After creating the trust, the EPA evaluated how its policies, including the Clean Water Act, the Clean Air Act, the Resource Conservation and Recovery Act and Superfund, were implicated in the settlement.

“This is where my science background came in handy,” Shrader said. “Having already taken environmental sciences, organic chemistry, geology and other courses, being able to identify issues on the fly during conferences with the Department of Justice, various attorneys and consulting scientists was invaluable. When briefs and memoranda needed to be edited, it was easy for me to go through them without tripping on the scientific jargon.”

“After the large litigation was done, the next stage was to figure out the exact percentages that were going to sites around the nation from the trust,” she said. “We focused on the sites in our region, which manages the Southeast – Georgia, Florida, Alabama, Mississippi, Tennessee, Kentucky and the Carolinas.”

As a legal intern, Shrader worked closely with EPA officials on the settlement administration. “My mentor always tried to include me when he could: Editing DOJ documents, getting my opinion on certain outcomes, bringing me to every meeting with different attorneys and scientists, listening to my questions and incorporating my suggestions into his work,” Shrader said. “It was such a good experience to be in the middle of the process and helping when I could.”

Environmental issues are Shrader’s longtime passion, she said. Before law school, she chaired the Energy and Conservation Organization at the University of Miami, where she managed a $100,000 budget to reduce the university’s carbon footprint. She earned a dual degree from Miami in biological sciences and environmental law and policy.

Shrader spent the second half of her summer working in the Tulane Environmental Law Clinic, focusing on clean air issues. During the school year, she is actively involved in planning the Energy and Environmental Law Summit. 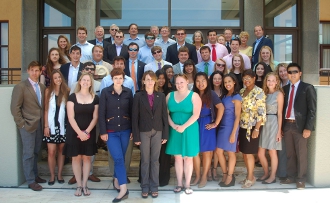 Navigating the law of the sea: Jeffrey Notarianni completed an externship coordinating the Rhodes Academy of Oceans Law and Policy, an international maritime course for attorneys and scholars.

“I had an incredibly interesting summer externship in Greece. While there, I met diplomats, international judges and very high-powered people from around the world,” said Notarianni, who helped prepare and run the three-week program.

“The participants were either attorneys (JDs, or their country’s equivalent) or academics (PhDs), and about 70 percent of them were Permanent Mission to the U.N. or Ministry of Foreign Affairs for their country,” he said. “I’d visit with all of these powerful people, casually drinking coffee with them over breakfast in the morning or having dinner with them at night.”

Notarianni also got to observe a meeting between the Prime Minister of Greece and President of China in his office courtyard and watch the World Cup with Academy students who collectively rooted for all 32 teams.

“Another great thing about working for the Rhodes Academy was that the courses focused on cases that were being litigated in real time,” Notarianni said. “One attorney lectured on maritime delimitation, and he also happened to be the head attorney in the delimitation litigation between Bangladesh and India. Around the time of his lecture, the U.N. arbitration tribunal issued its ruling in his side’s favor. It was great to see him win the case while he was lecturing on the same subject.”

Before the externship, Notarianni took classes in Tulane’s Rhodes summer study abroad program. He learned about the Rhodes Academy opportunity through Professor Günther Handl, who organized two law student positions there this year.

Notarianni, who is working toward a maritime law certificate, said he aimed to practice in that field long before starting at Tulane. During one summer, he crewed a tall ship from Erie, Pennsylvania, and he has been interested in the industry since. 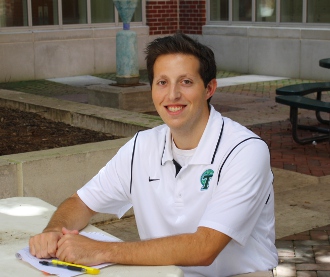 “As an extern, I received and reviewed self-reported NCAA bylaw violations of institutions and conferences,” Trachman said. “I had an opportunity to use the legislative database (LSDBi) to ensure correct bylaw citation and that proper penalties were imposed by the institution. I also corresponded with institutional contacts regarding the NCAA’s stance on reported secondary violations.”

Trachman also helped police scouting and recruiting of high school athletes. “During my time with the NCAA, I was able to attend various basketball certification events throughout Indiana and ensure that there were no recruiting violations by college coaches of top high school prospects,” he said.

Trachman found the job online through Tulane’s Career Resources Interactive System. He learned more about the position through other Tulane alumni who have worked with NCAA, including Renee Gomila (L ‘00), an associate director of enforcement.

Trachman, a University of Michigan graduate, said he chose Tulane for the sports law program. He’s working toward a sports law certificate, is a junior member of The Sports Lawyers Journal and has worked in Tulane’s athletics compliance office the past two years.