Spent your summer tackling new work projects, stealing a few long-weekends and catching up on your reading list?

Your Tulane Law professors’ summers haven’t been so different from yours. Find out what they’re working on, where they’ve traveled and what must-read books they recommend before school starts back. 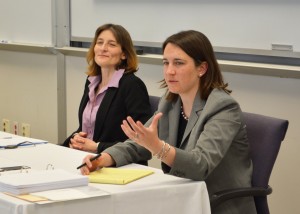 Professor Sally Brown Richardson is one of Tulane Law’s rising-star scholars – and a student favorite in the classroom. This year, she was named the law school’s second
Gordon Gamm Faculty Scholar, an award that boosts early-career law professors. And the Class of 2015 voted her winner of the Felix Frankfurter Distinguished Teaching Award, the law school’s highest teaching honor.

Over the summer, Richardson filled
her “break” with projects and travel, while finding creative ideas to enjoy New Orleans.

Academic projects:
Richardson’s summer scholarship took her to the Association for Law, Property & Society annual meeting at University of Georgia School of Law, where she presented the first stages of her scholarship rethinking adverse possession. As the core of her research, she plans to survey recent good- and bad-faith property possession cases – which will require reading 2000 appellate decisions during the spring 2016 semester. She presented an early version of her paper at ALPS to get feedback on her methodology from property scholars nationwide.

In June, she traveled to Boston to present her research at the Junior Faculty Forum, a showcase sponsored by Harvard, Stanford and Yale law schools. This year’s conference featured 16 papers selected through national blind judging, and the presenters got feedback from senior scholars from the three sponsor schools, plus University of Pennsylvania and New York, Columbia and Boston universities. 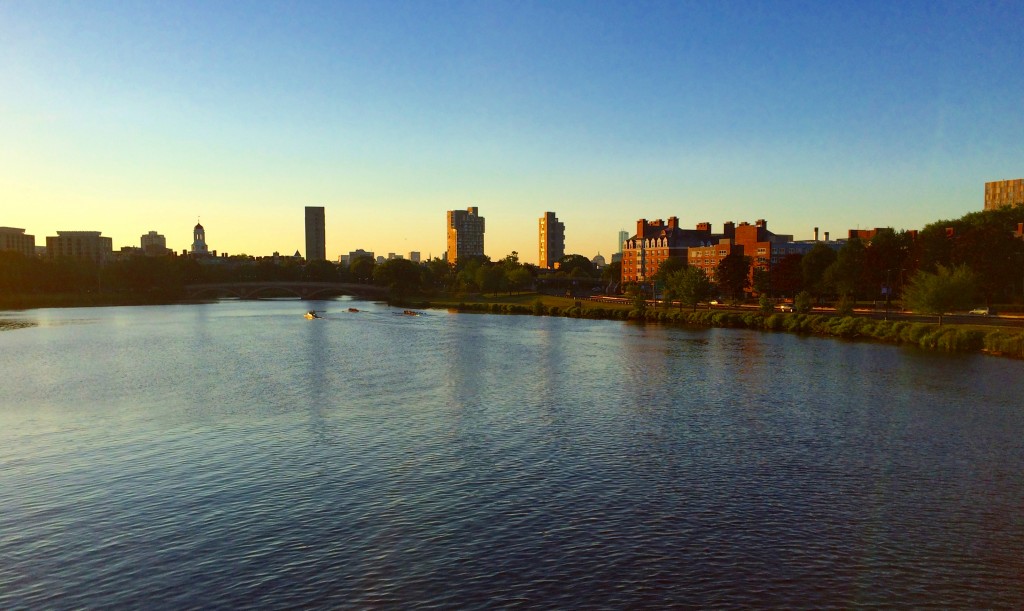 Richardson presented her paper “Reframing Ameliorative Waste,” which focuses on better legal solutions for disputes over alterations of rental property. She said she was delighted to get input from Henry Smith, a Harvard property law expert, and called the workshop “very inspiring and very intellectually rewarding.”

She’s also continuing thought-provoking research on modern couples’ privacy rights, such as whether spouses have a right to read each other’s texts and emails — a particular issue in community property states, where anything created during a marriage is co-owned.

Suggested reading:
Richardson reads extensively on property, civil and comparative law at work, but for vacation, she picks up Victorian literature.

She scouts the New York Times bestsellers list for new books and recently finished “The Rules of Civility,” which she highly recommends.

“The last 50 pages or so were a bit depressing compared to the preceding 250 pages, but that’s typically what you get with this genre,” she joked.

Next up on her book list: “The Paris Wife” and “The Chaperone.” 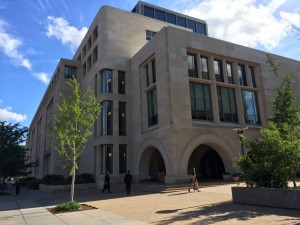 “I’ve actually been swimming early almost every morning at the Reily Center, which I love – although I’m usually the youngest person there at that hour,” Richardson said.

Second, ride a bike. Richardson said she cycles through Audubon Park before swimming most mornings. For a simple, enjoyable route, she recommends riding down St. Charles (which is newly repaved and has ample bike lanes), looping around the park and then heading to Tulane’s campus.

“Uptown offers so many options like these and is a wonderful part of town to explore,” she said. “I suggest students take advantage of these opportunities, get outside and go try something new.” 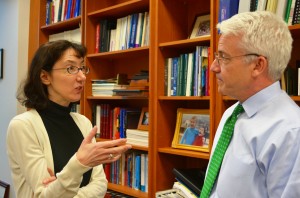 Transitioning to New Orleans:
After moving to New Orleans in late May, Lipton has spent the bulk of her summer emptying boxes and getting settled – a process to which many incoming Tulane Law students can relate.

“I’ve been unpacking in small doses to make it more manageable, but I still have boxes everywhere despite being here for more than a month already,” she said.

She’s also learning to navigate narrow uptown streets. Lipton said New Orleans driving has been challenging, coming from the wide roads and extensive highways of Durham, North Carolina. After working exclusively in urban areas for the bulk of her career, she learned to drive in Manhattan just two years ago, in preparation for her Duke professorship.

“It’s been an adventure, but I’m finally learning my way around New Orleans,” Lipton said. “The training wheels are off now.”

Academic projects:
When she’s not unpacking and sorting, Lipton has been planning her first class, Business Enterprises, which she’s teaching this fall.

As part of her preparations, she’s picking the casebook by carefully reviewing — in just two months — more than 10 Business Enterprises textbooks and manuals available. She sees it as due diligence to check all the options. 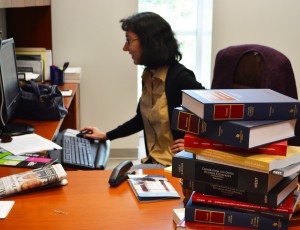 Lipton she said she’s enjoying getting settled in the Tulane Law community. Weekly faculty lunch seminars have allowed her to discuss her ongoing research along with colleagues’ projects. And she got her first taste of campus life seeing “The Importance of Being Earnest” at the New Orleans Shakespeare Festival at Tulane with Professor Catherine Hancock.

“The faculty here have all been very welcoming,” Lipton said. “Being at Tulane has been wonderful so far.”

New Orleans to-do list:
Lipton said she laments not yet getting to explore much of the city, but she knows where she wants to spend some time: “The zoo and aquarium are at the top of my list,” she said. “Absolutely not the insectarium, though!” 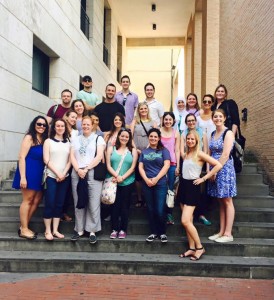 He said it’s a relatively new field focused on two principles: “Cultural property is worth protecting, not only because of its beauty, but also because it’s intrinsically linked to the identity of the people who created it.”

Modern art and cultural property scholarship focuses on preserving objects from a spectrum of threats, including wars, environmental disasters, looting, pollution and degradation over time.

The Siena program, which Larson calls “the best of its kind in the world,” explores the complex, evolving field from competing viewpoints of different stakeholders, such as collectors, museum curators, art dealers, archaeologists and governments. The program is open to law students and graduate students studying art, archaeology, art history and anthropology, plus practicing attorneys. 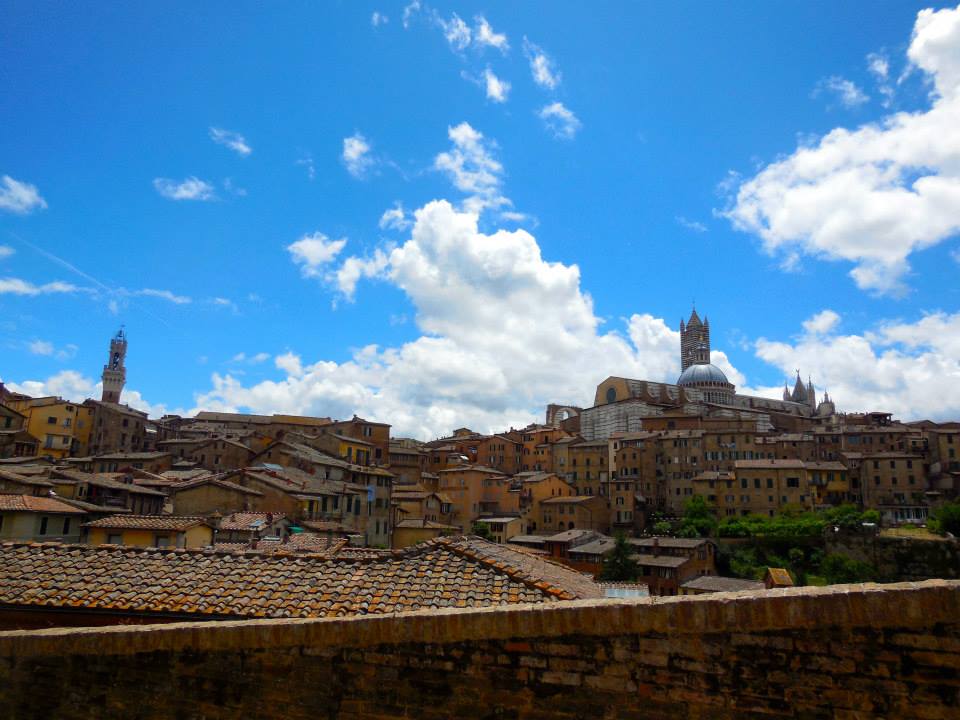 This summer, he taught a course on the black art market and co-directed the program with Patty Gerstenblith of DePaul University College of Law, who is President Obama’s appointed chair of the U.S. Cultural Property Advisory Committee.

“Being in Siena is like living in a museum,” Larson said. “I couldn’t pick a better place to study cultural property, because in Siena, you can see the magical effect of how people can live in the 21st Century in a way that’s compatible with their cultural heritage.” 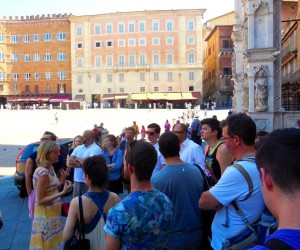 Students gather outside the Palazzo Publico before touring the Museo Civico and Pinacoteca Nazionale museums and Siena’s Duomo.

Larson said he hadn’t taught the entire Siena program in year, but it didn’t take much convincing to get him back. “If you make me go to Tuscany to be surrounded by art, eat wonderful Italian food and drink wine in a beautiful setting for the month of June, I’ll do it,” he said.

Larson also spent a week vacationing in Portugal with his wife, on a trip designed by Portuguese native Maria Landry, Tulane Law’s assistant director for international and graduate programs.

Academic projects:
Back in New Orleans, Larson has carried on his cultural property scholarship, working on a position paper for The Antiquities Coalition that advocates creating a private right of action to prosecute art theft under the National Stolen Property Act.

Empowering civil litigants to sue and recover for stolen art would bolster the fight against cultural property theft by shifting some of the prosecution burden from already-overloaded law enforcement, he explained. 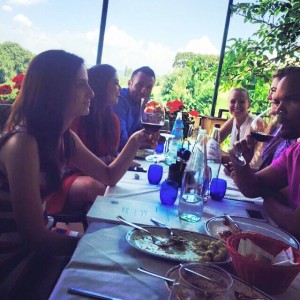 Suggested reading:
Larson’s recommendation continues the stolen-art theme: “The Lady in Gold,” a nonfiction account of a woman’s fight to recover paintings stolen from her family by the Nazis during World War II, including a Gustav Klimt portrait of her aunt. The story was adapted into a movie, “The Woman in Gold,” starring Helen Mirren and Ryan Reynolds.

“It’s a great read for any law student, because the lawyer is actually the hero in the end,” Larson said.