Tulane Law is recognized across the globe for its international law programs – but what do international legal careers look like in practice? Below, two recent alums share their experiences helping nations rebuild and aiding immigrants navigating the U.S. legal system.

In just two years since earning her Tulane Law JD, Kirsten Lavery (L ’13) has made big strides – moving from New York to Washington, D.C., and from an international law firm to a global pro bono organization. 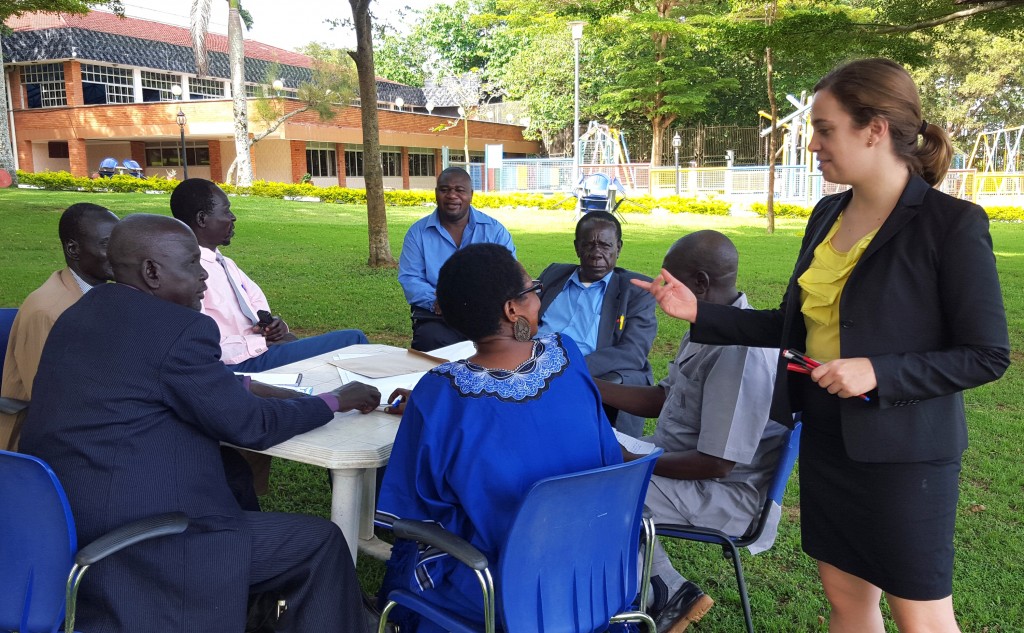 She manages the organization’s programs to support the peacemaking process in the Republic of South Sudan after a civil war that ended with an August peace agreement. Among her recent projects: Organizing a workshop to educate village leaders on the peace agreement’s provisions on reconciliation, justice and reparations so they can explain the changes to members of their communities.

“The peace agreement created lots of obligations related to transitional justice, which is the way a society heals after war,” Lavery said.

More than 70 chiefs from across South Sudan attended the workshop in Entebbe, Uganda and developed plans for their engagement in the transitional justice process.

She’s also worked on improving South Sudan’s documentation of human rights violations, such as killings, rapes and village burnings, so the government can prosecute those who’ve committed the crimes.

It’s hefty responsibility for a recent grad. But she’s gotten there with years of focus and persistence. 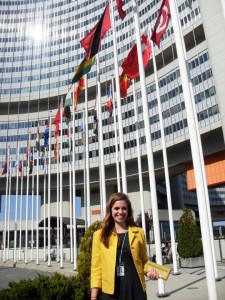 With two brothers adopted from Romania and Russia, Lavery grew up with strong awareness of global issues. In college, she developed those interests by studying Spanish, government and international studies, taking economic development courses in Chile and participating in Model United Nations.

When she started Tulane Law School, she aimed to land a career in public international law, so she looked for diverse opportunities to develop her expertise.

Although she started in the Class of 2012, Lavery took one semester off to intern with the UN’s Office of Drugs and Crime in Vienna. She spent another with the UN’s New York branch, working in the Office of Legal Affairs and the Office of Human Resources Management’s Administrative Law Section.

Between internships, she completed a student exchange program in Amsterdam, which allowed her to live in The Hague. And she worked for the Special Tribunal for Lebanon while continuing law classes.

Recognizing the challenges of landing a spot in public international law as a new attorney, though, Lavery was careful to explore private practice as well. She clerked for two major firms in New York and planned to start her career there. 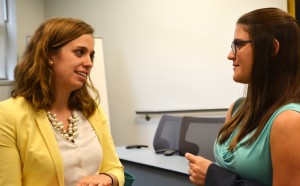 She landed an associate position with Davis Polk & Wardwell, where she focused on international investigations and white
collar crime for nearly two years. Her firm experience was invaluable, she said, because it taught her to juggle a demanding, fast-paced practice. That training enabled her to hit the ground running at PILPG.

“I’m looking forward to continuing to develop my knowledge and skills in this field,” Lavery said. “I think the work is important and hope it’s making a different in South Sudan as well as our other locations.”

In October, she returned to Tulane Law to meet with students interested in public international law careers and encouraged them to apply for PILPG’s summer program and law fellows program.

As an associate at Ware Immigration in Metairie, Fulton works on “everything from humanitarian political asylum to family-based immigration to securing work visas for businesses’ employees,” he said. 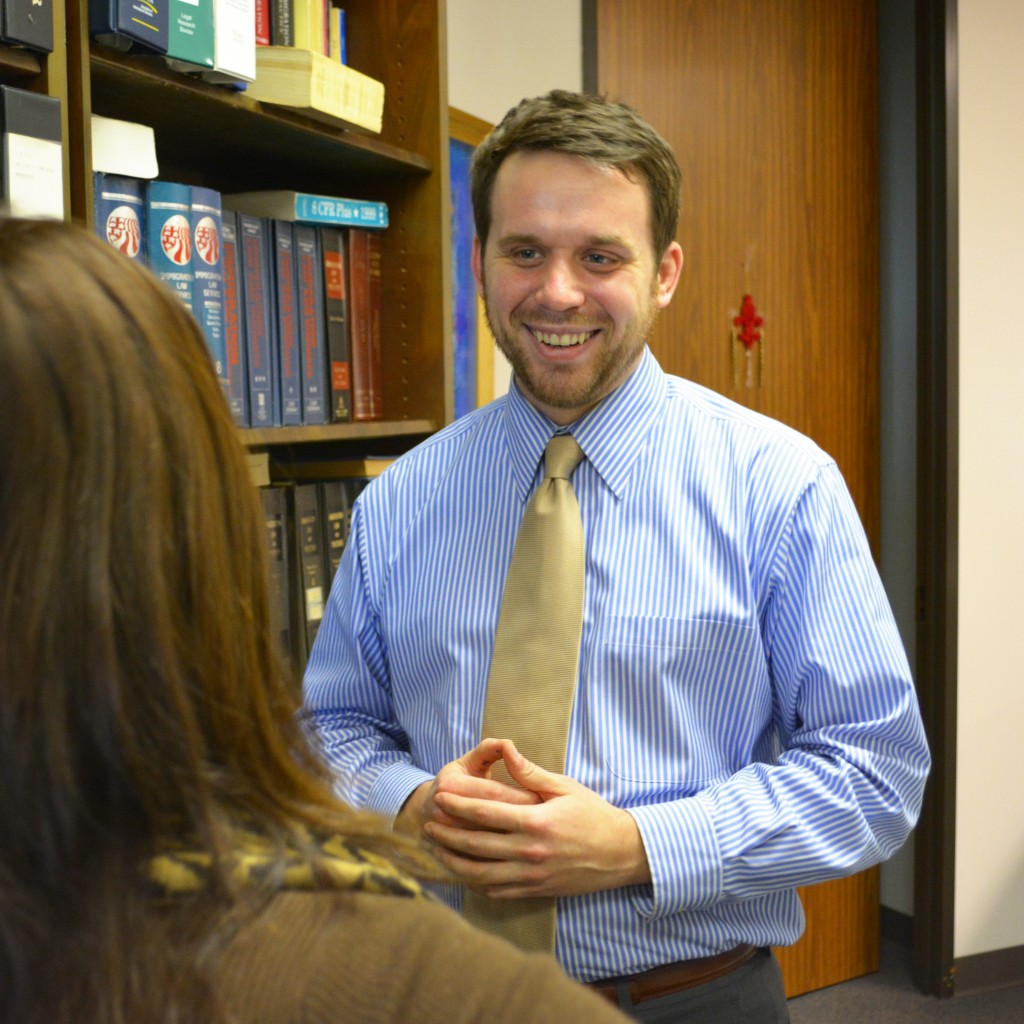 During law school, Dunc Fulton (L ’12) sought immigration law opportunities that solidified his interest in the field: “I was able to find something I felt passionate about and enjoyed doing.”

And he can see the direct impact of his work.

“There’s always a client you’re helping at the end of the day,” he said.

By honing in on immigration opportunities during law school, he gained meaningful experience that set him up for a career in the field. 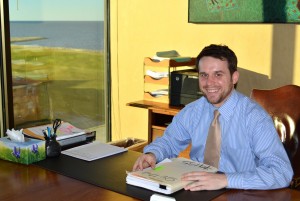 In his immigration practice, Dunc Fulton (L ’12) represents both individual and business clients and handles all aspects of their cases, from initial client intake to appeals.

After his first year, Fulton interned for the South Texas Pro Bono Asylum Representation Project, a joint project of the American Bar Association, State Bar of Texas and American Immigration Lawyers Association to provide legal aid to political refugees and unaccompanied children on the U.S.-Mexico border.

“I got to do a lot of great hands-on-the-ground work, on the front lines with people who had recently crossed the borders,” he said.

The following summer, he completed a fellowship with Immigrant Law Group, a private firm specializing in human rights and immigration law in Portland, Oregon. Those experiences were instrumental in teaching him immigration basics and developing his professional connections in a tightly-knit practice.

“I’ve been fortunate to meet a lot of people around the country who connected me to others in the immigration community in the Southeast,” Fulton said.

After graduation, he clerked with the U.S. Immigration Court in Atlanta, then for U.S. District Judge Eldon Fallon in the Eastern District of Louisiana. Fulton said he wanted to stay in New Orleans after moving back – and, when his clerkship ended, he landed his position with Ware Immigration by contacting members of the local immigration bar.

“If I were to give advice to students looking in this field, I’d say it’s really important to show interest in the area but also to find a way to do internships and get experience early,” Fulton said. “So, start building up your resume and being assertive with networking. It’s the best way
to do it.”